Posted by Red_Ink_Cat on April 4, 2017
Posted in: 40k, Review. Tagged: 40k, Biel-Tan, craftworld, Dark Eldar, eldar, Fracture of Biel-Tan, harlequins, Review, warhammer 40k. Leave a Comment
I was a little apprehensive about this book, but I bought it and read through the whole thing. I may as well say something about it.

I have very mixed feelings about this book . It is nice to see what appears to be the Warhammer 40k story advancing in earnest, but as with everything there are growing pains. 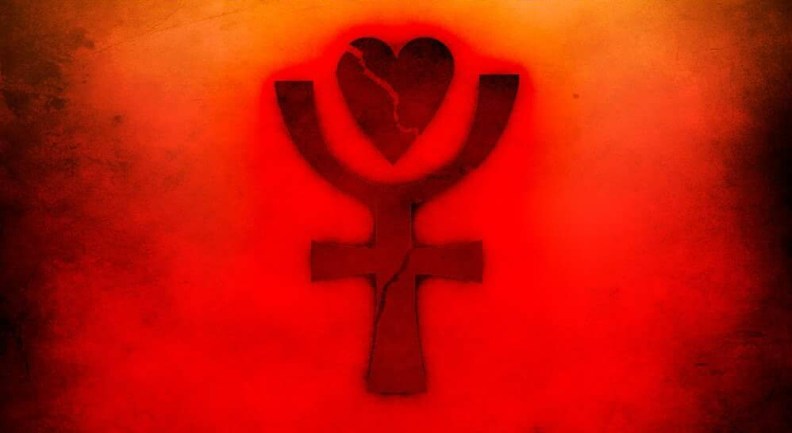 One of the biggest problems I will have to point out is, as I am writing this, I am finding not a lot of the story particularly memorable, as much as the whole lot of it was written to be similar to a book. I have been re-reading a lot for specific details, some of which I am truly surprised that I forgot; and I recall mostly slogging through the book just to know what happened.

That is not a very good book in my mind.

The potential is there, of course. The opening scene of the book is absolutely dripping with atmosphere and I remember most of it. I would attribute this to that scene having closer prose to that of a typical story; while, the rest of the book felt like a stretched out summary.

Without further ado, here is a quick synopsis.

Yvraine is a rising star of a bloodbride that some are rhumoring might challenge Lady Lelith Hesperax, but in the latest bloody Crucibael games, this is proven quite wrong. Although able to keep up a bit, Yvraine eventually succumbs and dies. As her soul would leave her, the barely open eyes of Ynnead turn upon her and give her new life. The energetic upheaval of her rebirth is so violent that it opens Khaine’s Gate, and all hell breaks loose as a dysjunction begins.

Marked by Vect, Yvraine must flee and meets the bizarrely silent Visarch, who brings his Incubi with as they make a mad dash to flee the city, only just able to do so by crashing an entire Corsair ship and sacrificing all those aboard as a distraction. As they flee through the webway, they encounter Slaaneshi demons, who would have flayed them one and all had it not been for the intervention of the Harlequins.

Numbers growing, Yvraine is led to Craftworld Biel-Tan, which is in short order invaded by the demons it had been fighting on a corrupted and barren Maidenworld. The leader of the demons, a Masque of Slaanesh, waltzes about corrupting the Eldar and Craftworld alike. Somehow, the Infinity Circuit’s defenses are helpless to contain the corruption.

Yvraine tells a tale of five Croneswords, relics of Morai Heg and one of which is already hers, that could be used to awaken the slumbering Ynnead and, after aguing with the autarchs and other leaders, wrenches a Cronesword from the heart of the Infinity Circuit, sealing the Craftworld’s fate. As Biel-Tan cracks asunder, it is all the seers and Ynnari can do to transfer the surviving souls to wraith constructs, many of which follow Yvraine as her abilities make them almost as if they were alive again.

The Ynnari then undertake a mission to a Croneworld deep within the Eye of Terror and are beset by more demons until they retrieve the third Cronesword and are rescued by Iyanna Arienal, who takes them to Iyanden. Unfortunately, as with Biel-Tan, Iyanden is also beset by demons; Yriel and a Nurgle demon prince battle for the fate of the Craftworld. Both kill each other, and thankfully Yriel is put in stasis when retrieved, his body hosting plague spores that would have otherwise decimated the Craftworld. Yvraine, apparently immune because of Ynnead’s magic, enters the stasis chamber and plunges the Spear of Twilight into Yriel’s heart, which revives him as the spear is in truth the fourth Cronesword.

Meanwhile, Vect’s plans in Commoragh backfire, and demons are everywhere. Lady Malys begins working to unite everyone to overthrow and kill Vect, but before her plan can truly be put into action, Kherdruakh opens a portal to the Mandrake realm, the strange things flooding the city and beating back the demons. The only problem is no one knows if they are being saved or if they will be next.

The Ynnari then leave Iyanden after having decided on their next path, which is to mobilize the Imperium to action since the fifth Cronesword is out of reach on demon-infested Belial IV. Unfortunately, they are ambushed in the webway by Ahriman. About to feed Visarch and Yvraine to Tzeentch, Ahriman is convinced by Yvraine to free them since she can undo the rubric afflicting his marines. He returns Yvraine and the Visarch to the webway to watch in awe and horror as Yvraine does just as she said to some of his marines only to collapse part of the webway and eject the marines screaming into the warp. It is implied that it does not go well, and Ahriman is forced to retreat.

The Ynnari then rescue the Imperium Triumvarate, and both the forces of the Eldar and Imperium flee towards Macragge, where they intend to resurrect Guilliman.

All in all, there is a lot going on. It cannot make up for the travesty that was Death Masque, but it somewhat restored my hope for people other than the Imperium getting to “win” in the end. I am sure GW does not intend to kill of Slaanesh, but my poor Biel-Tani! I almost threw the book when they killed the craftworld, but there was a little snippet in there about how the damage could be undone – it would just take a lot of time. So I guess it is annoying, but salvagable.

It seems a lot is going to change, and I am both excited and terrified. Unfortunately, not even book III gave us any idea of what was going on in the future of Warhammer 40k.

Next up, I will take a look at the new faction the book introduced: The Ynnari.