I got some more work done on my Crimson Hunter, so I figured I would share.

After a bit of work, the paint job on the Crimson Hunter is done. It is always a bit frustrating to me how different a paint job looks in real life as opposed to what it looks like in pictures. My blending never seems quite right in pictures, and the only way I have found to remedy this is to paint under a UV light, which I rarely do anymore since the thing is blindingly bright and ridiculously warm.

One of the things you might notice throughout is that I left the shading on the rear portion of the plane relatively minimal. I intended the imaginary light source for the paint job to be somewhat dim and coming the overhead front area of the plane (similar to where the camera flash in the first picture would have come from). 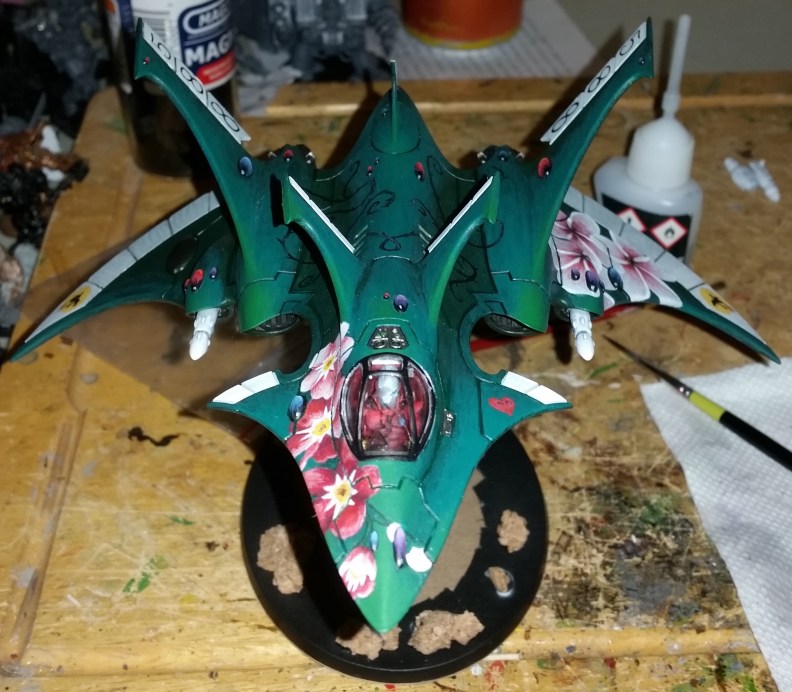 The trio of flowers on the wing was largely unchanged, but the gem tones have been filled in since then. I also added what seemed to be an appropriate squad symbol to the outermost white panel after coming across a picture of the Night Witches in which one could see some nose art on their airplane. The insignia seems relatively appropriate for Eldar aircraft considering they would likely run whisper silent and come out of nowhere. 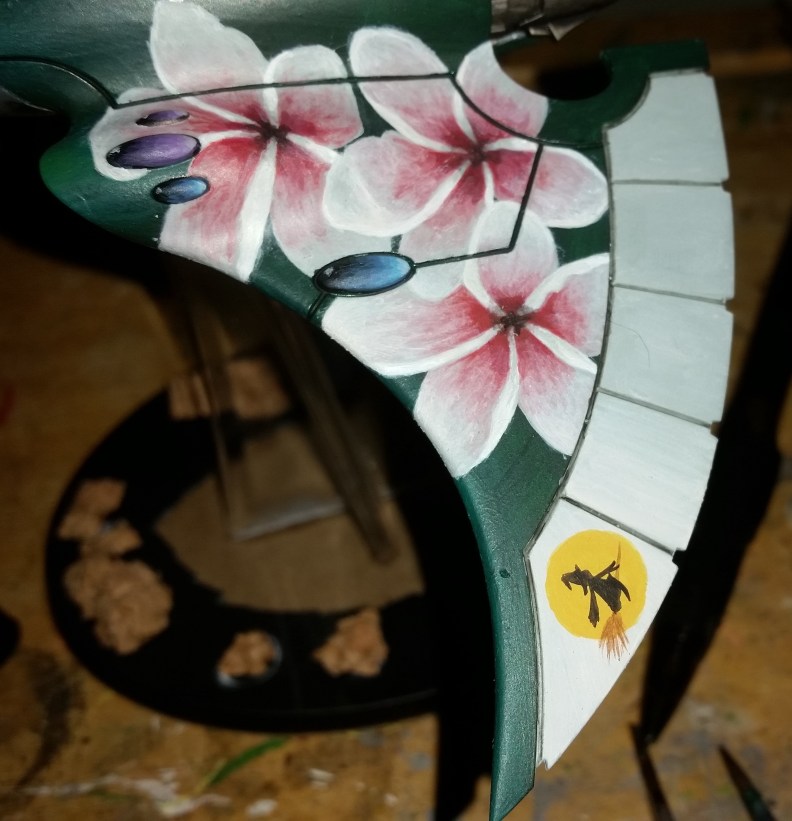 After a lot of indecision, I decided that I would add the typical Biel-Tani vine work to the aircraft as well although I decided to keep it relatively minimal. I was worried that the Crimson Hunter would end up a little too busy if I went overboard on the vine. 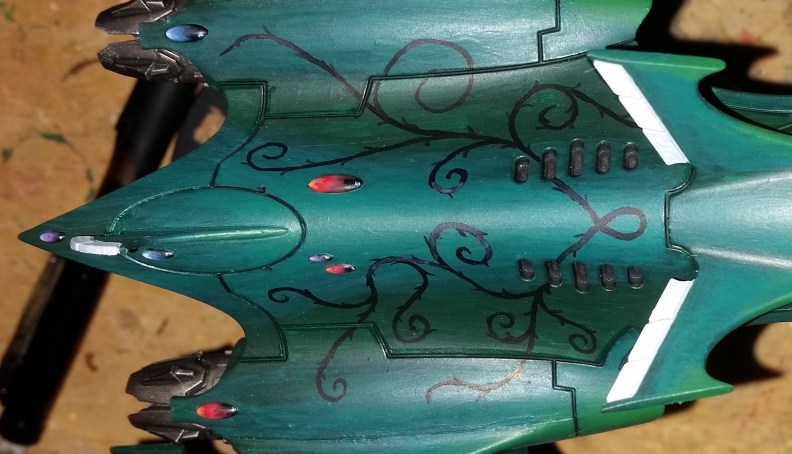 The biggest time-sink, to no one’s surprise, was the second set of flowers.I tried to use them to tie the relatively red cockpit into the predominantly white flowers on the wing, but it gave me a bit more difficulty than I was expecting since my reference image ended up being blurrier than the first and was of blue and white flowers. 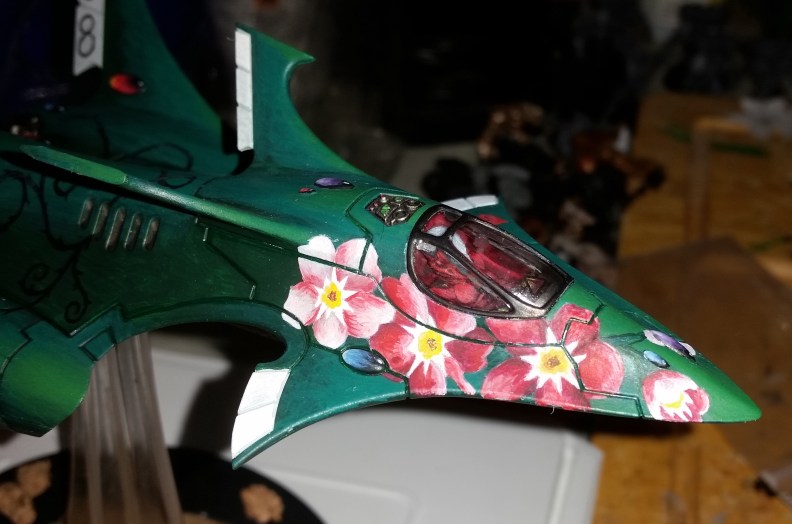 Now the only thing left to be done is the base.